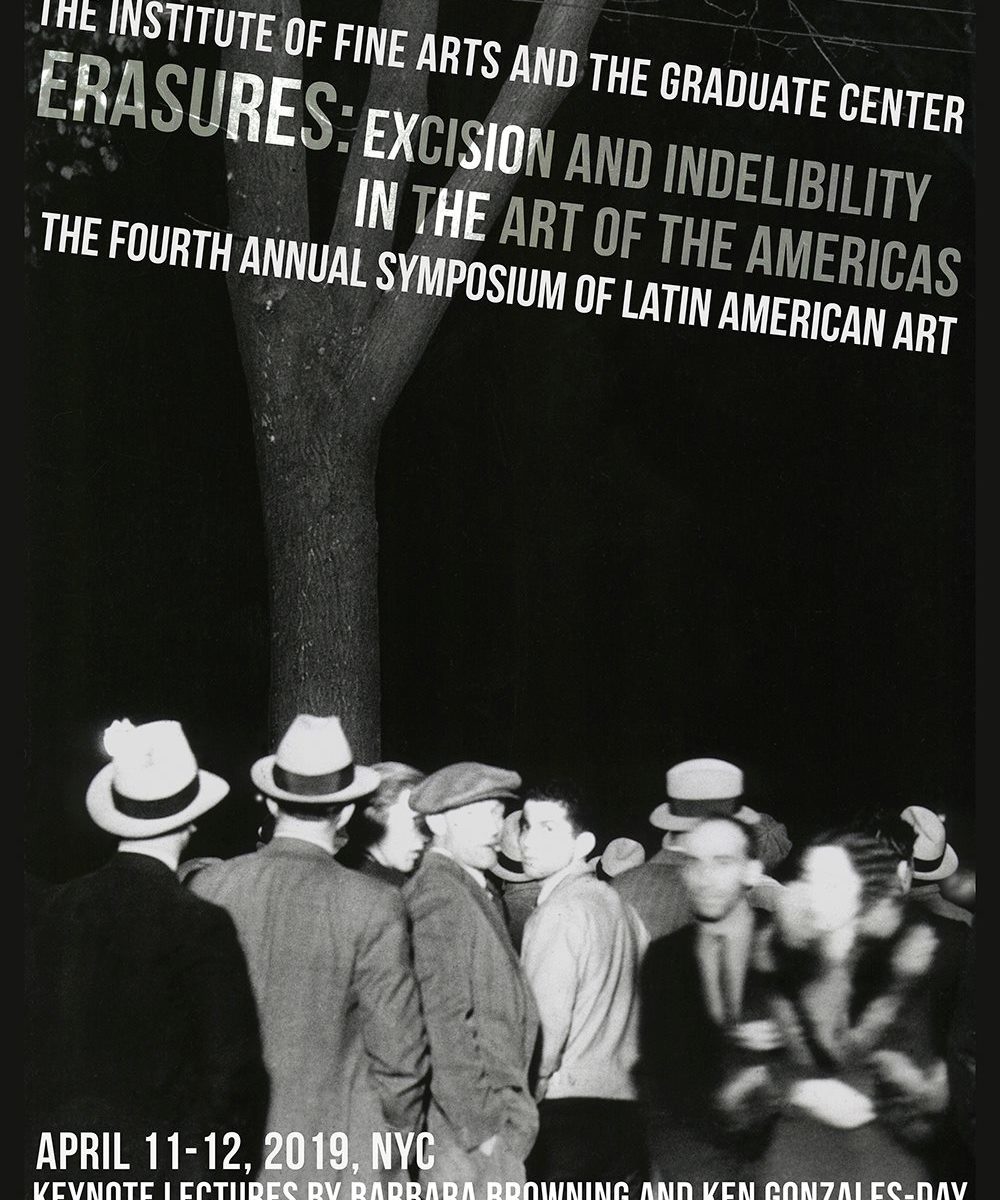 Thursday, April 11-Friday April 12, the Ph.D. Program in Art History, The Graduate Center, CUNY and The Institute of Fine Arts, NYU for “Erasures: Excision and Indelibility in the Art of the Americas,” a two-day symposium of Latin American and Latinx art!

What can and cannot be erased? This question emerges when monuments are destroyed, cultural artifacts vanish, or the faces of the disappeared continue to interrogate government violence and corruption. Though the recent fire at the Museu Nacional in Rio de Janeiro resulted in the devastating loss of approximately twenty million objects, the impact goes beyond physical destruction. Marina Silva, Brazil’s former Minister of the Environment, went so far as to call the fire a “lobotomy of the Brazilian memory.” Alternatively, this past October Israeli artist Yael Bartana demonstrated the power of the void with her Monumento a la ausencia, in which footprints left in cement attest to lives erased and commemorate the fiftieth anniversary of the Tlatelolco Massacre in Mexico City. Observable in these examples as well as countless others, is that the excision—willful or unwitting—of objects and histories can be both destructive and productive, open and heal wounds, obfuscate and expose memory, and challenge and reinforce the permanence of indelibility.

Tragedies such as those noted above and subsequent actions to confront them shape this year’s symposium theme.

For the symposium full schedule, see the Center for the Humanities website.

This entry is licensed under a Creative Commons Attribution-NonCommercial-ShareAlike 4.0 International license.

My Tweets
Need help with the Commons? Visit our
help page Send us a message

Built with WordPress | Protected by Akismet | Powered by CUNY